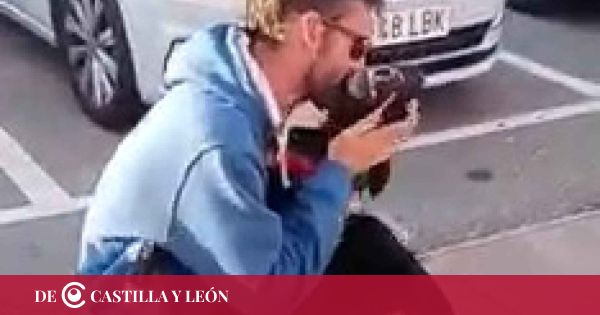 “After 50 days… Dub is coming home”, this is how a young Frenchman who reported the disappearance of his pet in Álava 50 days ago. Apparently, the animal had jumped out of the van it was in when they stopped to refuel in Álava.

Not being able to find him at the moment, the young man decided to offer a 500 euro reward whoever found it, and after almost two months, Dub has appeared in Medina del Campoabout 300 kilometers from the place where his trail was lost.

“Now we are back home and we are going to take some time for ourselves,” commented the young man in the publication where he also posted the emotional video of the reunion with his canine friend between hugs.

The Asociation Steps of Álava celebrated the event in a publication commenting: “After 50 days apart, Dub and his family have finally been able to meet again. He had appeared in Medina del Campo (Valladolid). We are glad that there has been a happy ending for this dog! “

After almost two months and 300 kilometres, it has been possible to resolve an emotional story that, luckily, has had a happy ending for this family.