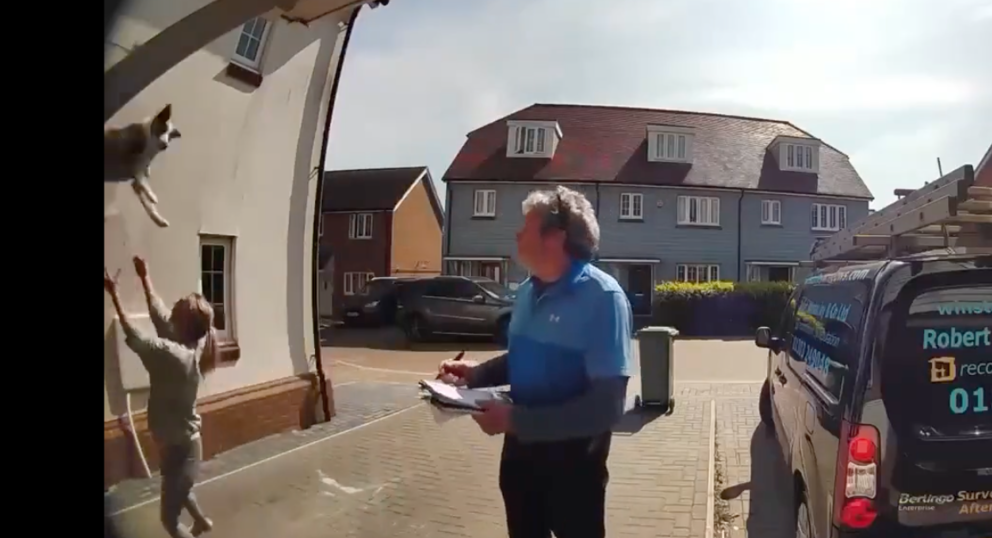 A woman has managed to catch her dog in flight that fell through the window of the first floor of her home.

The events took place when she went down to the street to receive a delivery man. Shortly after, due to the animal’s curiosity to know where her owner had gone, she saw him at the window.

The woman put the form down and watched as her dog fell out the window. She quickly caught him in her arms while she checked that the animal was not injured.

The video has gone viral on social networks due to the prompt action of the owner.

This woman is a true hero 😲👏 pic.twitter.com/OmD0xrNZsl

See also  Max, "the miracle dog", is the first pet to be awarded the Order of Merit in the UK