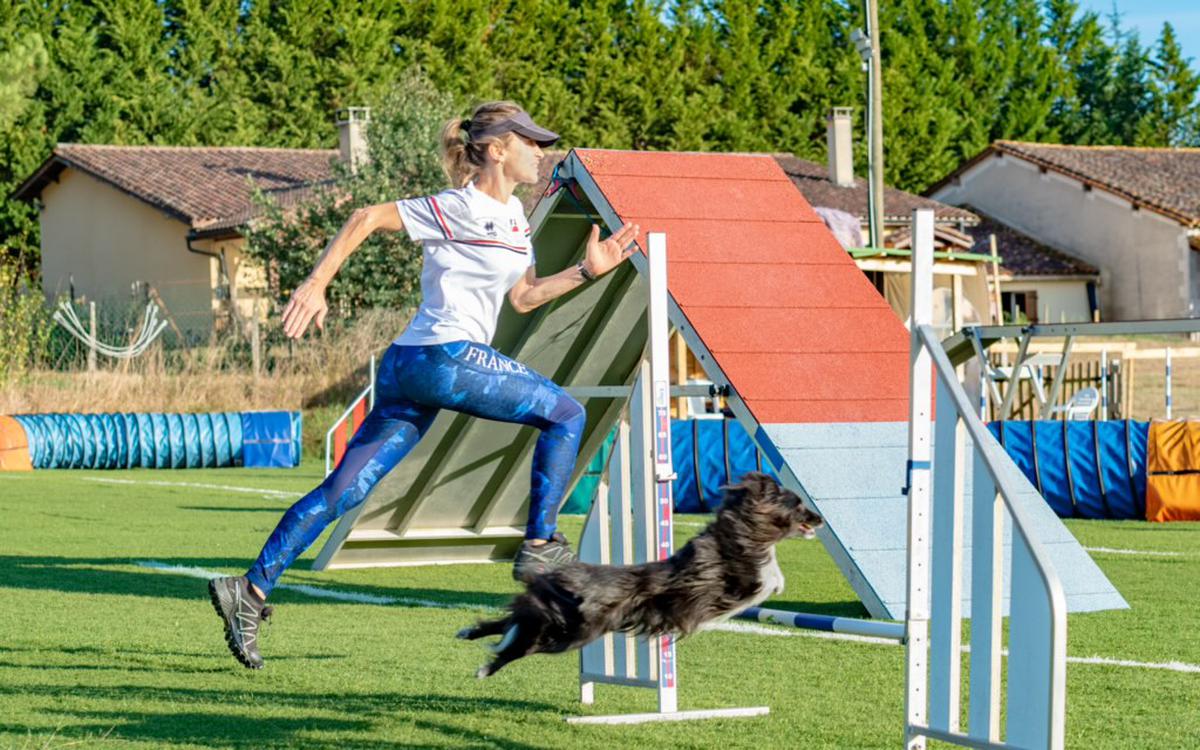 This discipline inspired by the show jumping well known to horse riding fans is based on speed, technique and the handler-dog relationship. “Pedigree doesn’t matter: a cross can win very well. The important thing is the combativeness of the dog. I knew both his parents and I chose Djee Djee for this quality. Then, in competition, tactics count to work on the best trajectories, ”explains the Périgourdine. If she herself is rather sporty, Karine assures: “It’s very playful, we have a lot of fun and we can practice from 7 to 77 years old, without necessarily running. »

The couple formed by Karine and Djee Djee (entered in the “small” category) and the 15 other French duos won their qualification after three weekends of selection organized by the Société centrale canine. The two accomplices will be entered individually and in teams, in agility and jumping, i.e. four races to be contested. At the last European Championships, they finished sixth: “I fell, Djee Djee slowed down slightly and the podium escaped us. It was crazy, we had a great race. We missed two tenths of a second. But we were able to situate ourselves, I believe in it, for the worlds. »