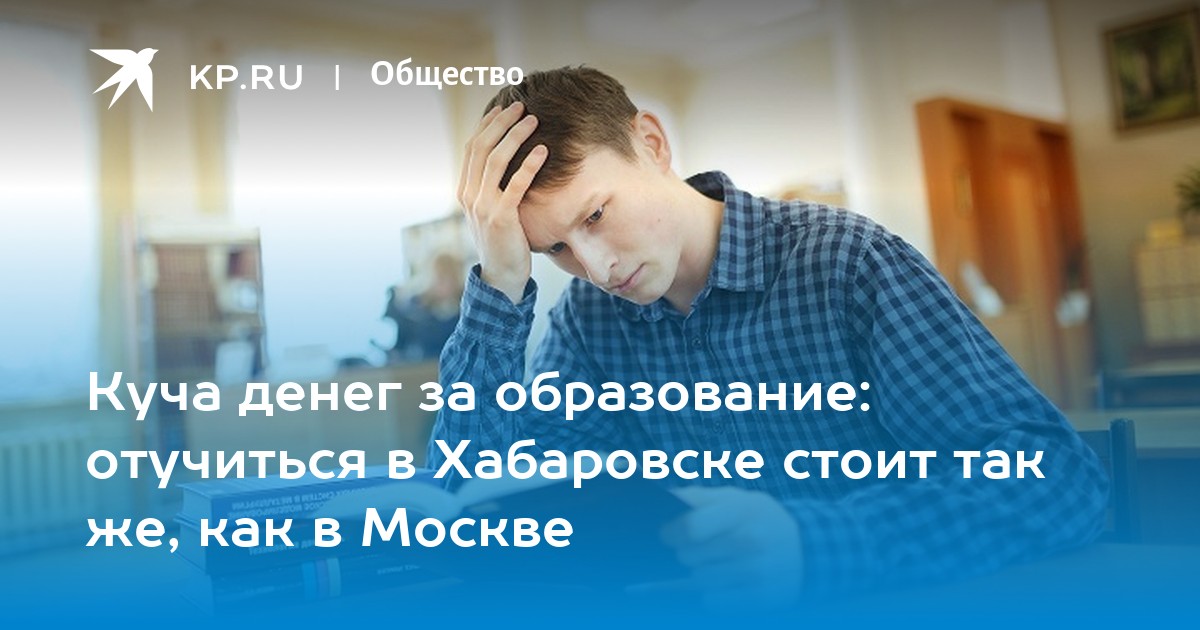 A couple of months ago, Russian universities began to publish prices for paid education. It’s no secret that they grow every year, and this one was no exception. In 2022 alone, the average price increase increased by as much as 15 percent. This also affected the Khabarovsk State Institute of Culture (KhGIK – ed.), where education costs more than 300 thousand rubles a year. It seems that studying to be an actor is already becoming a luxury.

For parents of prospective freshmen, probably a third of a million will seem like a significant amount. And this is provided that the Ministry of Education and Science was able to find mutual understanding with the Russian Union of Rectors on the issue of keeping the cost of education for 2022/2023, keeping it at the level of last year.

It is worth noting that the cost of studying in Khabarovsk in the specialty “Acting Arts” can be compared with leading Russian universities, such as VGIK in Moscow and the Russian State Institute of Performing Arts in St. Petersburg. In the Far East, parents of students for the first year of study will have to pay 332,500 rubles (317,400 rubles in 2021 – ed.), a similar specialty in Moscow will cost 470,400 rubles, and in St. Petersburg – 390,000 rubles. Yes, although the difference is felt, the teaching staff of VGIK also includes masters of the national stage and cinema.

The upward trend in the cost of higher education has been going on for a long time. Usually, when concluding a contract for paid education, the cost is specified in the document and remains unchanged until graduation. But sometimes it is written in the contracts that the price for the annual education can be increased one or even several times for the whole period of study.

The increase in prices, although less significant, also affected more common specialties. So, at the Pacific State University in the popular areas of “Jurisprudence”, “Economics” and “Management” for the first year of study, you will have to pay 168,200 rubles against 159,100 rubles last year. The same set of specialties in the Khabarovsk branch of the RANEPA in 2022 will cost 193,000 rubles against 182,000 rubles in 2021.

Applicants can take advantage of preferential educational loans, but this practice has not yet become widespread. It is possible that Russian graduates may turn their attention to higher education abroad, where both accommodation and tuition fees are already lower than in Russia.