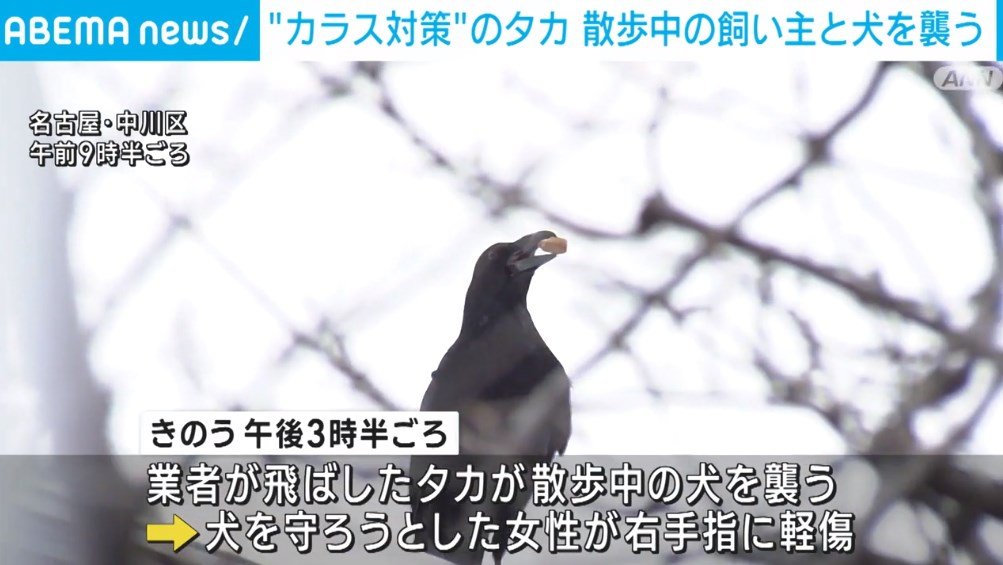 In Nagoya City, a hawk that was flying to scare away crows that left stones on the railroad track attacked the owner and the dog while walking, and the owner’s woman was slightly injured on the finger.

[Video]A crow with a stone in its mouth

At around 3:30 pm yesterday, on a street in Nakagawa Ward, Nagoya City, a hawk being flown by a company to ward off crows that set stones on the tracks of the Nagoya Rinkai Rapid Transit Aonami Line took a dog walking with its owner. attacked.

A woman who tried to protect the dog suffered a minor injury to her right index finger, according to the railway operator.

As a measure to ward off crows that leave stones on the tracks, the railway has commissioned a company to fly hawks since last month. (ANN News)