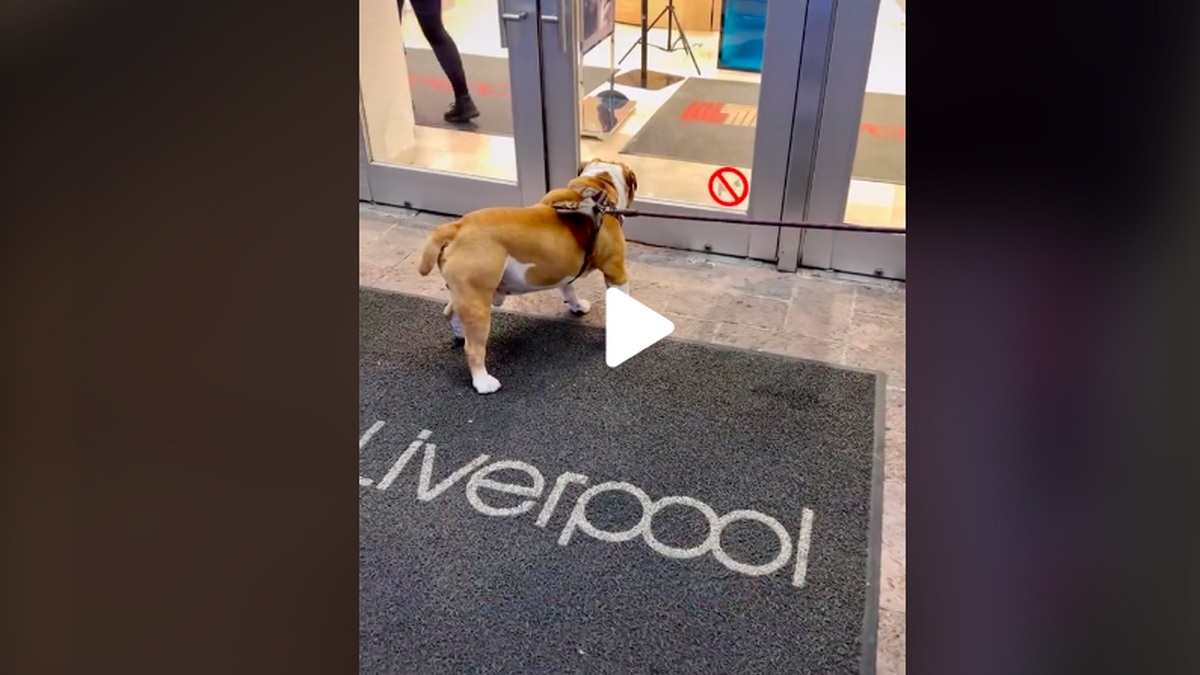 There are more and more stores, shopping centers and other establishments such as restaurants or bookstores that allow the entry of dogs since they are part of the family of millions of people around the world and they are adapting to the needs of customers.

But even so, they are not always inclusive of all breeds of dogs, since in many of these “pet friendly” establishments they have a series of requirements when entering: that they weigh no more than 10 kilos, that they have to be carried in their arms or even having to go mounted on a cart.

And when they have to ride in a cart, this cannot be done by all races, and if not, ask Fernanda, a young user of the Tik Tok social network who has publicly denounced the Mexican store Liverpool for discriminating against her dog, a beautiful English bulldog, for not being able to ride in the cart because he was too fat.

The video begins when the girl is walking with her dog and begins to tell the story as if it were the animal itself who wrote it: “Friends, today I am very sad because I was very excited to go to Liverpool. I was already looking at the windows to see what I would buy. My friends lomitos (dogs) said that they already let doggies pass in those strollers “.

In the video you can see the small size of the strollers where they certainly might not support the weight of the English bulldog. Thus, Fernanda recounted: “The police said that I was too fat to ride them. They did not let me pass.”

The image of the dog with the door closed implying that it cannot enter is very cute and perhaps for that reason it has gone viral on Tik Tok, accumulating more than five and a half million visits, almost 800,000 “likes” and almost 10,000 comments in which it is debated whether the store has taken the correct measures or not.