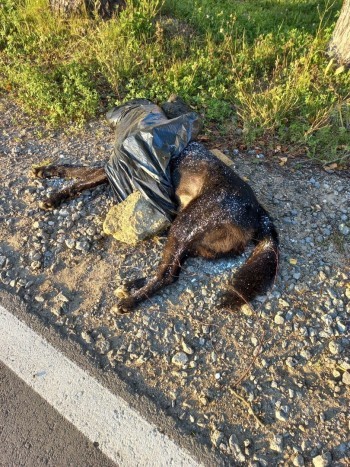 Presumably hit by an inattentive driver and lying on the side of the road, the carcass of a dead dog with a bag on its head greatly annoys the residents of the village of Souda.

In the incredible heat, the corpse of an animal decomposes and does not look aesthetically pleasing, but no one is in a hurry to clean it up:

“All day on Lenin Street, a downed dog lies. And on the street +30, not once contacted the administration. And nothing has changed”, – Margaret F., a resident of Suda, is indignant.

See also  Can Dogs Drink Milk? We've looked at what you need to know about giving your dog milk.