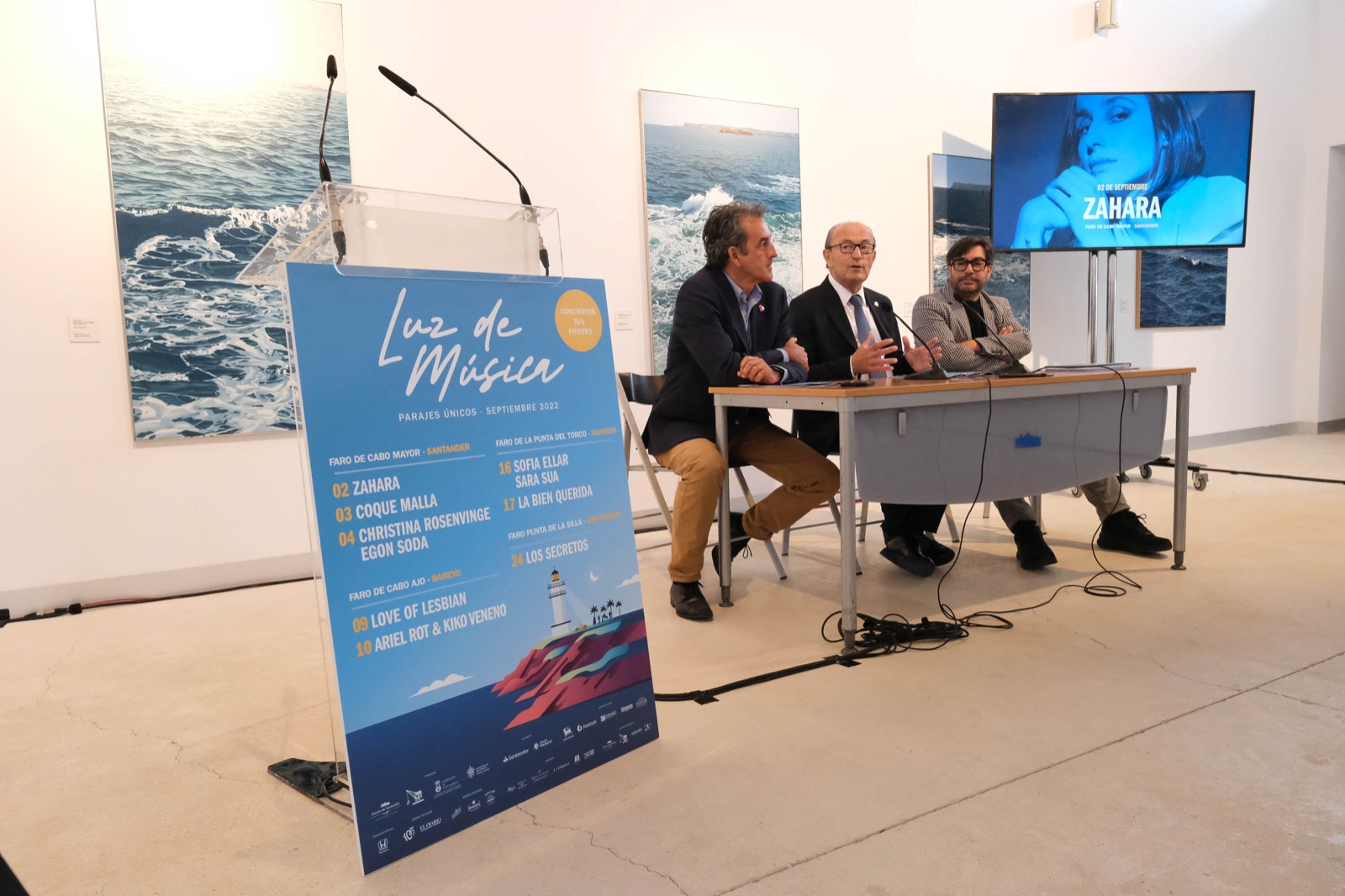 It is, as explained by the director of the festival and manager of Mouro Producciones, Guillermo Vega, a cycle of eight singular concerts that will take place during the four weekends of September in the lighthouses of Cabo Mayor (Santander), Cabo Ajo ( Bareyo), Punta del Torco (Suances) and Punta de la Silla (San Vicente de la Barquera), with Zahara, Coque Malla, Christina Rosenvinge, Love of Lesbian, Ariel Rot, Kiko Veneno, Sofía Ellar, La Bien Querida, Los Secretos and Egon Soda as the main protagonists of an event with limited capacity and a production adapted to the environment.

For the president of the Port Authority “taking advantage of the celebration of the 150th anniversary of the Port of Santander”, this action “aims to value the lighthouses, which are largely unknown in privileged environments, so that Cantabrians and visitors can enjoy them”.

For his part, the Minister of Industry, Tourism, Innovation, Transport and Commerce and Vice President of the Port has predicted that the concerts will have “great acceptance” and has highlighted “the quality of the concerts, which will be intergenerational, and the success of having chosen the lighthouses as scenarios”.

The celebration of the Luz de Música festival is part of the activities scheduled for the 150th anniversary of the Port of Santander and aims to illuminate the September sunsets with intimate concerts by renowned artists, accompanied by DJ sessions, in four emblematic lighthouses of Cantabria where a very careful production will be designed to guarantee sustainability and respect the conservation of the environment.