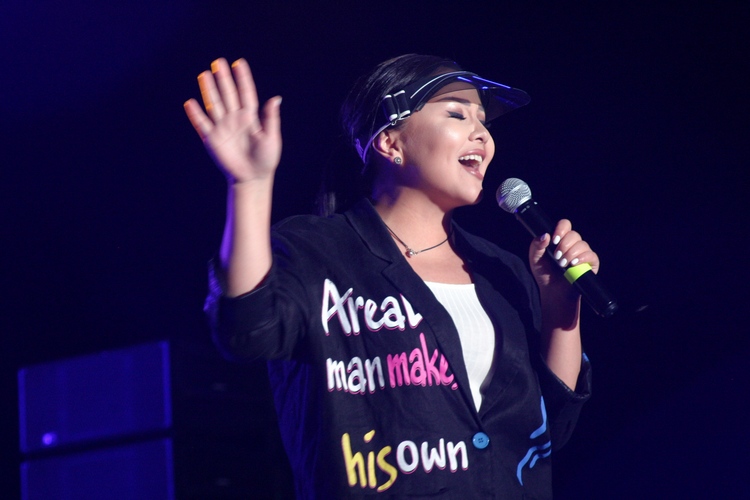 Kyrgyz pop stars, who were traveling to Cholpon-Ata for a big concert dedicated to the 55th anniversary of the ElTR TV company, got into a huge traffic jam in the Boom Gorge due to a mudflow. The show has been rescheduled for a few hours.

The unforeseen hitch that awaited the spectators gathered at the Issyk-Kul hippodrome was the only one that evening. Those who came to the concert really enjoyed it.

— As part of the anniversary, we are holding a big concert. Preparation for it began in January. We approached the invitation of performers with all responsibility. All guests occupy the first lines of charts on Kyrgyz radio stations. The holiday was originally planned for young people. The choice of holding it deliberately fell on Issyk-Kul. It is now summer, the height of the holiday season, – said the head of the cultural projects department of the TV company Nurbek Borkoshev.

This evening, pop lovers were also waiting for the performance of the Romanian group Akcent. It was created in 1999 by Adrian Syne and is popular in Kyrgyzstan.

Despite the rain, the concert performances were shown by Aiganysh Abdiyeva, Aidana Deka, Eazy, Tamga. They performed not only the songs loved by the audience, but also novelties.