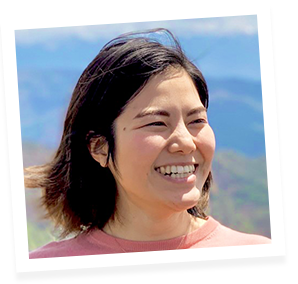 For the smiles of future children.In both research and practice of developmental scienceSupporting healthy “co-education” between parents and children.

Completed the Graduate School of Education, Kyoto University. Specified assistant professor of the same graduate school. His specialty is developmental science, where he studies the effects of individual differences in human development and the relationship between mother and child on development. Received the Reiwa 2nd President’s Award for his research results and achievements in industry-academia collaboration activities.

Learn from the educational field and investigate the mechanism by which parents and children grow together.

The developmental science that I am working on is not limited to the conventional developmental psychology that deals with the growth of children’s cognition and mental activity, but it is possible to approach human development from all angles such as human evolutionary processes and physiological mechanisms. It is a feature. Professor Masako Meiwa, who is also my academic advisor, has pioneered a new discipline that explores “what is humanity” through comprehensive knowledge.

Behind my interest in the theme of child development is my childhood experience. At home, I was always witnessing my mother who seemed to be busy with housework and childcare, and when I went out, my older brothers and sisters who lived in the same housing complex were playing with me. .. I decided to study pedagogy at university because I felt that I was brought up in the surrounding environment and wanted to understand what my mother was carrying at that time. I chose Kyoto University because I had an environment where I could not only train teachers but also study education itself.

Since I entered the university, in parallel with my studies, I have been focusing on the activities of student groups that create places for children and part-time jobs in the field of education. What I was keenly aware of was the great influence of parents on the development of their children. In order to make my child smile, I thought that I had to make my parents smile first, so I chose the relationship between parents and children and the resulting changes in mind and body as my research theme.

Studies have shown that while the child develops, the parent’s body also undergoes changes in the brain and hormonal balance through pregnancy, childbirth, and childcare, gradually nurturing a parental mind. The important thing is that these changes vary greatly from person to person. It would be good if the changes in mind and body could work positively for childcare, but on the contrary, it can be stressful, and parents’ distress that “I may be disqualified” is transmitted to the child. By clarifying changes in mind and body and their individual differences from physiological mechanisms, I am working on research with the hope that more parents and children will be freed from such pain.

Can research contribute to society? Industry-academia collaboration that found the answer.

For me, research is one of the ways to increase the smiles of children. However, the reality is that there are very few new findings that can be shown in a single study, and there are few cases that directly lead to social implementation. There was a time when I was wondering why I was continuing my research, but as I gradually deepened my understanding of development through my research, I began to see various possibilities. The result was an industry-academia collaboration with Unicharm, a manufacturer that uses sanitary goods such as disposable diapers.

Toilet training for children has traditionally been done with negative motivations, such as the discomfort of getting the diaper wet and the parent’s licking when it fails. However, this method can be overly stressful for both children and parents. Therefore, Unicharm and we have developed a smartphone app “Toitre” that encourages positive communication between parents and children through their favorite characters and allows them to enjoy potty training. When we examined the effect, the stress on the child was greatly reduced, and the success rate of the toilet was surprisingly increased. The app has become a hit with over 100,000 downloads.

This time, I applied a classical learning theory, but I felt that by teaming up with a company, the product would actually have a visible effect. When I received the Reiwa 2nd President’s Award, I was happy that both research and social implementation were evaluated. We value both research and social implementation, and in the future we would like to create a system that can consistently support the “co-education” of parents and children from pregnancy to childcare. 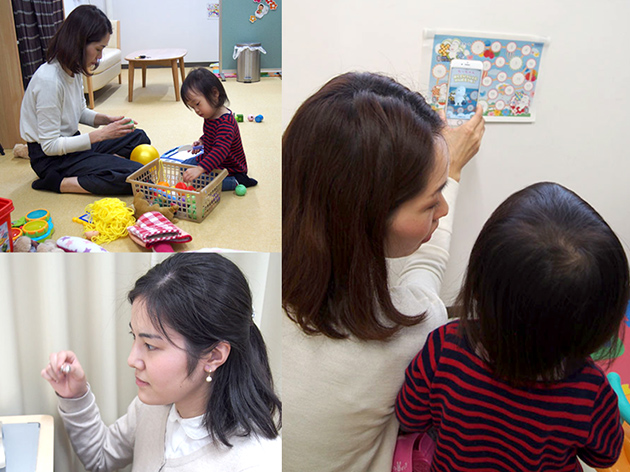 A state of verification of “Toitre”. It is designed to naturally create parent-child communication through the app. 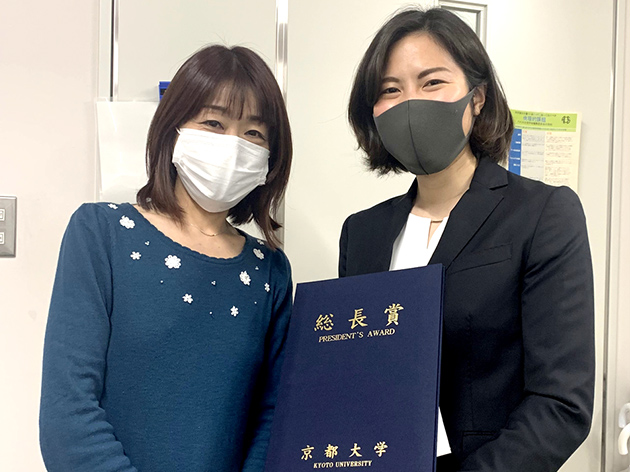 He received the President’s Award and shared his joy with his supervisor, Professor Masako Meiwa.