Pair, Wawrinka, Contador … Instagram to save athletes from boredom 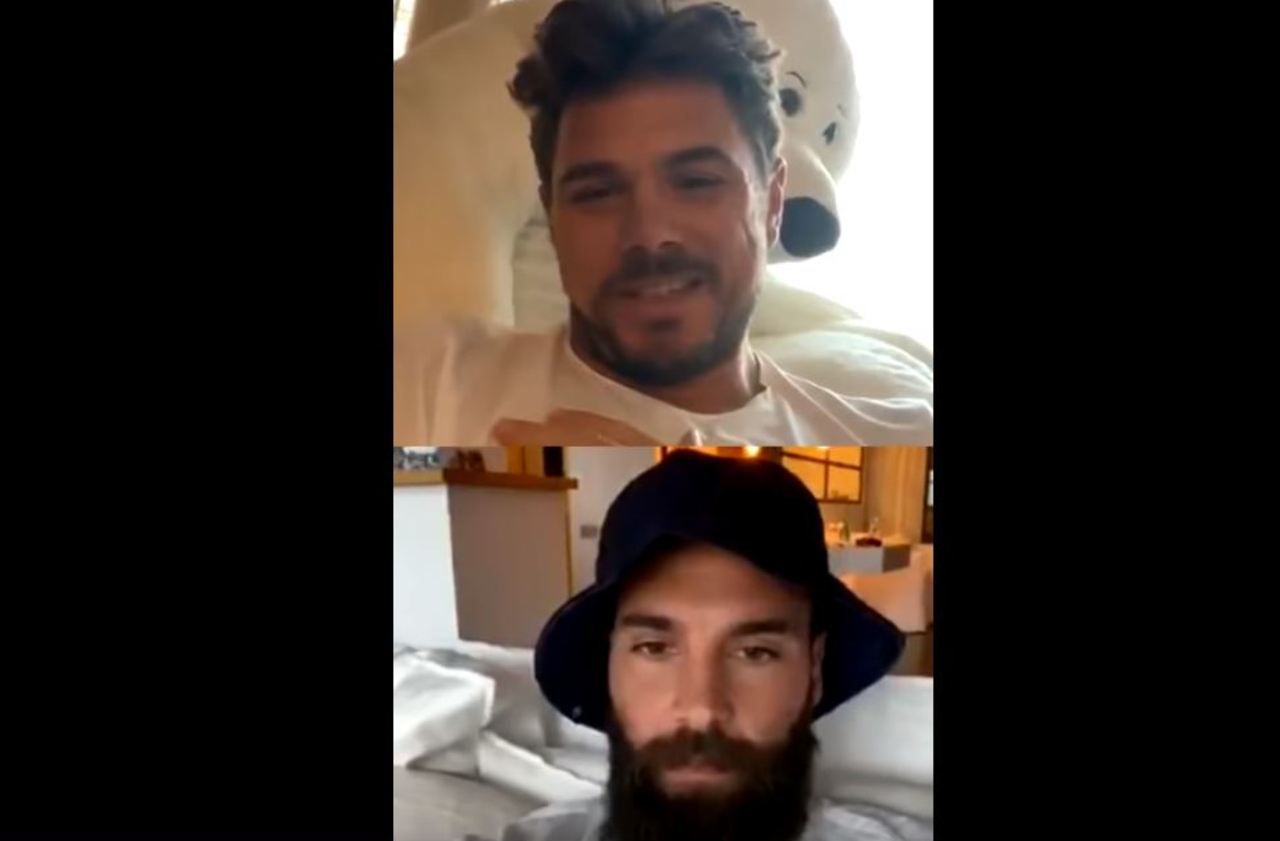 “We do not confuse F1 and karting”, launched recently Karim Benzema about the striker of the Blues, Olivier Giroud. In a live with the influencer Mohammed Henni, the Madrilenian responded without filter to the questions of tens of thousands of “followers” then connected. Since the cessation of matches in the midst of the Covid-19 crisis, the former Lyonnais has multiplied the exercise, sometimes alone, sometimes accompanied by sportsmen like the Brazilian Ronaldo, or humorists like Malik Benthala. Like him, many of them “let go” and show themselves far from the usual communication standards.

It is a meeting that many tennis fans follow. Regularly, the two very good friends meet up live, answering questions from their followers, sharing a drink or two. They even initiated “aperitif tutorials”, Stan Wawrinka as a barmaid, Benoît Paire as a good student. After the Spritz and the Moscow Mule, a new recipe must be offered Friday at the end of the day, the date of the next meeting.

Still on the tennis side, a more reasonable exercise for Venus Williams and Grigor Dimitrov. Tuesday, they met for a joint physical session. The elder Williams sisters even feigned discomfort at the sight of the Bulgarian’s abs.

Alberto Contador as a sports coach

The former winner of the Tour de France, now retired from the peloton, continues to chain the kilometers. Sessions on home trainer that he broadcasts and shares live, improvising as a sports coach, almost at home. “I meet people three times a week, Tuesday, Thursday and Sunday at 7 p.m. for a group session. These training sessions are not technical and target the greatest number. I really encourage everyone to join us, ”said the Spaniard at the Gazzetta dello Sport.

Evan Fournier as an adventurer

Basketball fans, now weaned from the NBA, are not to be outdone. Very present on social networks, Evan Fournier regularly offers direct on his Instagram account, sometimes improvised. A big fan of “Koh-Lanta”, he even organized one with Denis Brogniart. “What a super nice moment this live on insta with Evan Fournier. We do it again when you want! And one day in Koh-Lanta “, rejoiced on Twitter the presenter of the show.

Perhaps waiting to challenge the posts, the Orlando Magic player questioned his fans: “You would like to see me do a live Instagram with who else? », Even suggesting the idea of ​​a virtual meeting with a certain Benoit Paire.

“Since the start of confinement, the number of direct has doubled in France, says Mélanie Agazzone, Director of Communications France and Southern Europe Instagram. As for influencers, humorists, these sports lives have become for them a real tool to interact, in a period when they need to make themselves visible.

Hitherto very popular with children and adolescents, the TikTok platform has seen its number of users explode since the start of containment. According to the specialized site SensorTower, the application experienced more than 65 million downloads in March worldwide. The application for sharing short videos is now close to a billion members, and has more and more professional athletes in its ranks. The opportunity to observe the dance steps of Xavi, former pillar of FC Barcelona, ​​or the follies of Layvin Kurzawa, who does not hesitate to take up some challenges.

Share
Facebook
Twitter
Pinterest
WhatsApp
Previous articleFIBA is considering a Final Eight to decide on the Eurocup camp
Next articleCoronavirus: tri-color sportech proves its agility
Save 60.0% on select products from SAMMIX with promo code 6018YMV7, through 4/25 while supplies last.