Gastronomy and ban on contact: survival in the crisis kitchen 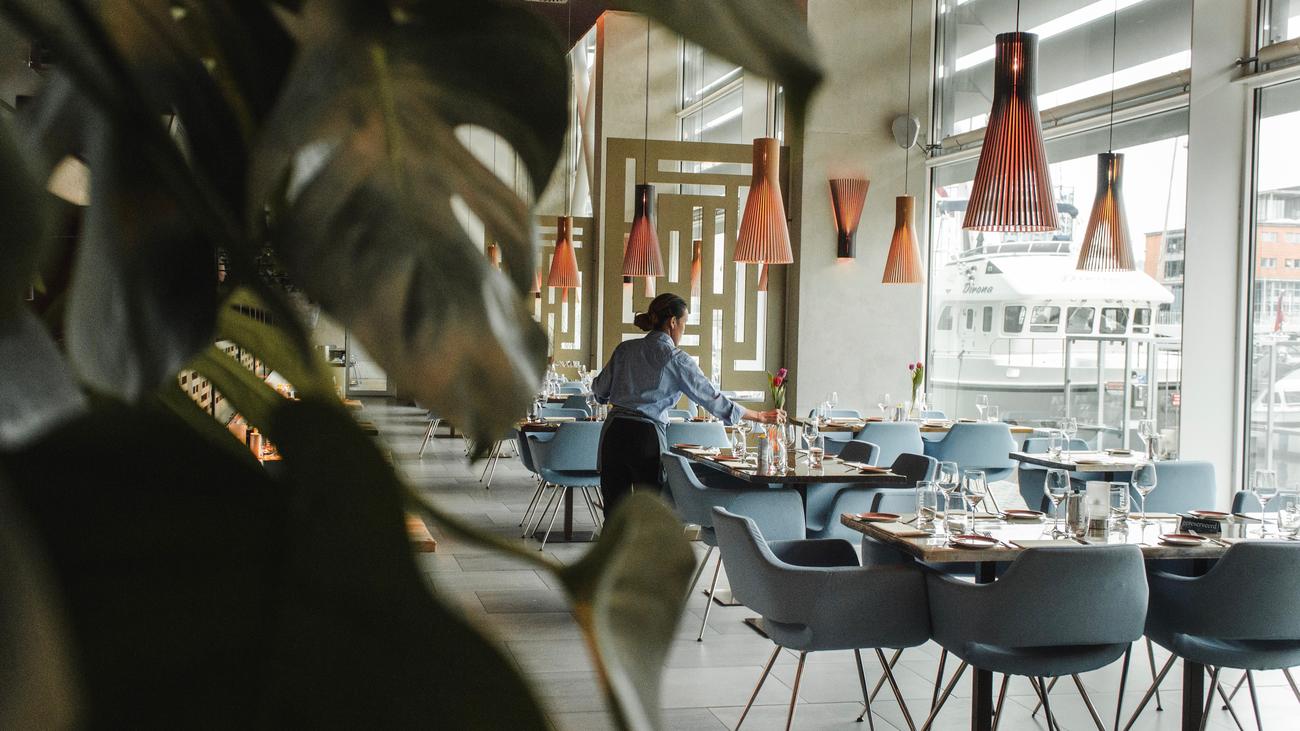 
Read on one page

Where else glasses clink, sauces simmer, oil sizzles in hot pans and quick instructions ring through narrow spaces, there is now silence. Where else people sit tightly together, eat and laugh together, it is empty. The restaurants, cafes, and pubs across the country have closed too. You are no longer allowed to receive guests during the Corona crisis.

Selling takeaway food or delivering food is still allowed, but not possible for everyone. And even those who were able to quickly change over to their businesses usually experience serious drops in sales. A danger to the industry, in which more than one and a half million people work nationwide, is not counting temporary workers.

The closings and the ban on contacts are a shock to the catering trade. But the sudden exceptional situation also releases creative energy. Two cooks and a cook, each of whom has their own restaurant in Hamburg, Berlin and Dresden, told us how hard they were hit by the corona crisis, which strategies they were developing and what gave them hope despite everything.

We restaurateurs live from the fact that people go out and meet in groups. Now they don’t – and all restaurants are empty. Nobody saw that it could be over so quickly. Nevertheless, as a team we try not to stick our heads in the sand.

When we had to close the shop last week, we immediately set up a small delivery center, and we also sell takeaway food. It is a completely new task. We reduced the menu and only cook three different ramen, which are Japanese noodle soups. And we have extremely tightened the already high hygiene standards: we wash our hands more often and disinfect everything we touch regularly. Our employees are also no longer allowed to come to work by train, only by bicycle or car. We have positioned disposable towels in front of the front door so that our guests do not touch the handle. There is a table directly behind the door that you cannot avoid. Only one person can come in and pick up the pre-packed order on the table. Payment is only cashless, we disinfect the card reader after every single customer.

But delivering soups is of course a problem. That is why we have broken down our ramen into its components and sell them as ready-to-cook sets. In the box come fresh ramen noodles, ready-made broth to warm up, and toppings in a separate bowl. Then people at home just have to boil water, add the noodles, warm up the broth at the same time, then do everything – totally easy. You couldn’t get your Instantramen welded in faster than that.

Although we quickly adapted, we only make about 30 percent of our normal sales. And we’re still in a good position compared to others in the industry. Still, of course, we have to cut costs. The problem is that restaurants have incredibly high fixed costs, many thousands of euros a month.

Rent and staff are the most expensive. We have no influence on the rent, there are additional costs, insurance, internet, costs of the cash register system. So the employees are the biggest factor. Of course, we had to send the temporary workers home because their jobs simply cease. Fortunately, these are students who get help from their parents. But the permanent team lives from our work, so I have to take care of it first. We absolutely want to keep our employees.

In order to cover the remaining costs to some extent, we two managing directors pay no salary for the time being. But of course it can’t work forever. For the self-employed, the well-being of the company is closely linked to the private and we also pay high private rents in Hamburg. So we are now hoping for support from the federal government, and there is a lot going on. It would help us the most if the tax were suspended or the government took over social security. But of course the state cannot intercept all lost sales, so we have to be realistic.

Loans may help for the time being, but if I don’t know how it all goes on, what should I ever pay back? If we open again, we have to finance the ongoing operations. In the gastronomy profit margins are generally not high, most restaurateurs do not have large reserves. At the beginning of the year, we paid off the legacy issues and paid off investments. If we had to close completely, we would only last about a month.

But we will survive. My partner Vincent and I have already set up three pop-ups, i.e. temporary stores in the rooms of other restaurants. Every time out of nowhere, every time was chaos. But we always did it. And that gives me courage that we will now survive this crisis. If that takes a long time, we just have to think of something new. Maybe we’ll just send our ram sets all over Germany.

Share
Facebook
Twitter
Pinterest
WhatsApp
Previous articleIn Chile, the coronavirus highlights the inequalities denounced by the social movement
Next articleDrinking wine does not help protect against the coronavirus
Save 60.0% on select products from SAMMIX with promo code 6018YMV7, through 4/25 while supplies last.