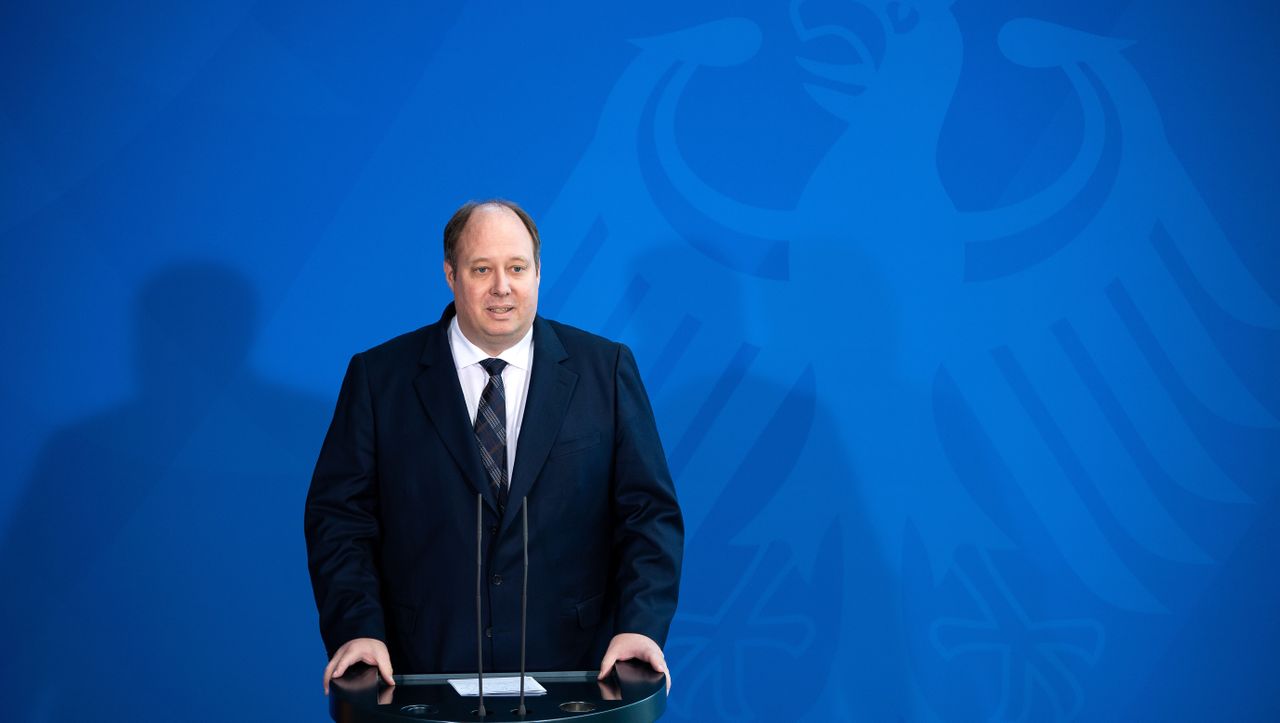 On Tuesday, the euro finance ministers want to discuss how to cope with the economic crisis triggered by the corona pandemic. Shortly before, the federal government made it clear once again that it rejects a central demand from many other countries: so-called corona bonds.

One is against common European debt, as suggested by Italy, said Chancellor Helge Braun of the “Frankfurter Allgemeine Sonntagszeitung” (“FAS”). The virus crisis and its consequences affect everyone at the same time and have to stick together. But still apply: “Liability and control must coincide.”

Euro group leader Mario Centeno, on the other hand, asked the other finance ministers of the euro zone to openly debate about corona bonds. Centeno is Portugal’s finance minister. Like Spain and Italy, the country belongs to a group of nine euro states that have called for corona bonds in a joint letter. Other EU countries such as Germany, the Netherlands and Austria are against it. “As euro group chairperson, I am striving for consensus,” said Centeno to the Italian newspaper “La Repubblica”. “But I am not a passive voice. I will always work for more integration.”

Spain’s Prime Minister Pedro Sanchez called on the EU partners to “rigorous solidarity”. After the pandemic, a “new Marshall Plan” was necessary for the reconstruction, Sanchez emphasized in a contribution for Faz.net. Europe must act in solidarity and in the medium term need a “new mechanism for the communitization of debts”.

But this is exactly what is rejected in Germany. Chancellor Braun emphasized that in previous crises special options such as the European Rescue Fund ESM had been developed. “This instrument could be upgraded so that it can be used in this crisis,” said the CDU politician. You are ready to talk about it. “But we are skeptical of anything that threatens the stability of the economic and currency area.”

Austria’s Finance Minister Gernot Blümel made a similar statement. “The crisis should not be used to implement yesterday’s proposals under the guise of the corona crisis,” the conservative politician told the “Handelsblatt”.

The Federal Ministry of Finance, headed by department head Olaf Scholz (SPD), confirmed at the weekend that the joint European response to the corona crisis is primarily about three things: billion euro loans from the European Investment Bank (EIB), cheap government loans from the ESM and proposals for unemployment reinsurance.

New upheavals in the euro area?

However, some CDU politicians were open to joint bonds. These included the CDU board member Elmar Brok, the chairman of the Union parliamentary group in the Foreign Affairs Committee, Roderich Kiesewetter, and the vice president of the European Parliament Rainer Wieland.

Brok told “FAS” that “given the number of victims in the south, we cannot imagine what is going on in Italian, Spanish, French souls.” Because of the disaster in these countries, “clearly defined and limited” European corona bonds are “inevitable” as part of a package of aid.

SPD leader Norbert Walter-Borjans considers such bonds to be desirable in the long term. First, however, he believes that the ESM should be used. “It looks like agreement can be reached that the ESM can be used without the frowned upon conditions,” said Walter-Borjans to the newspapers “La Repubblica”, “Il Messagero” (both Italy) and “El Pais” ( Spain). “Then we should do it in the common interest – but not give up the goal of financing through corona bonds.”

German ECB director Isabel Schnabel also brought the one-time issue of corona bonds into play as a way to support euro countries in the crisis. Other instruments such as the ESM or the EIB could also be used, said Schnabel of the Greek newspaper “To Vima”. These included the ESM or measures that involved the ESM or the EIB.

EU Commission President Ursula von der Leyen called for massive investments in the EU budget. “We need a Marshall Plan for Europe,” wrote the CDU politician in a guest article in the newspaper “Welt am Sonntag”.