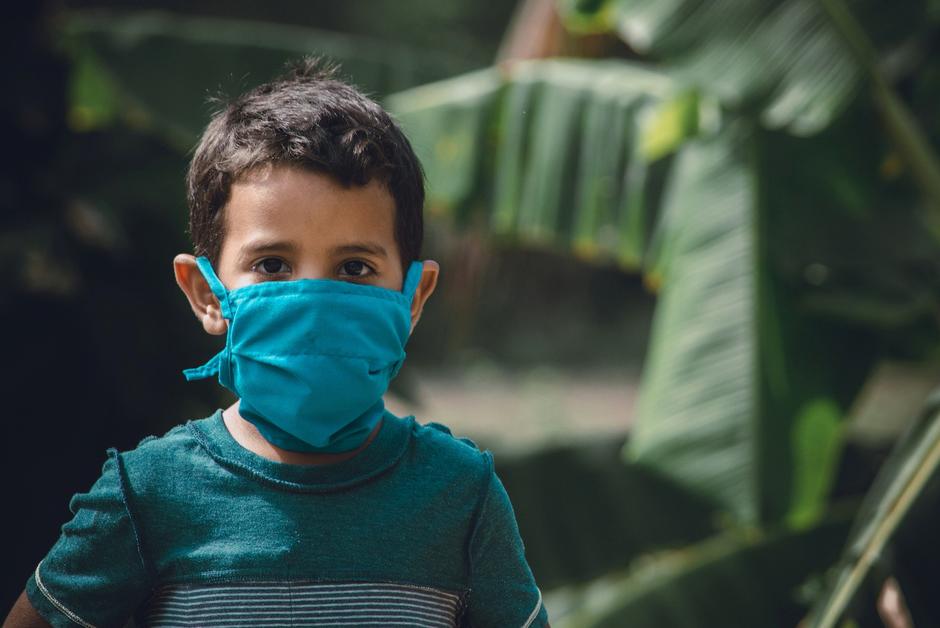 Millions of parents around the world have to take care of their confined children. But how do things go abroad? Does expatriation accentuate the feeling of isolation?

The Covid-19 pandemic has closed schools in 185 countries, according to Unesco, affecting 1.54 billion children and young people. Expatriates must therefore, far from their families, in a foreign country, take into account this new parameter, go to school at a distance, manage the tensions that this can cause. So we asked French people living around the world how they cope.

The family in France, uncles, aunts, grandparents, cannot always be solicited from a distance. Virginie, who lives in Africa (she did not tell us the country), explains that “People don’t take too much news” and that she’s trying to stay in touch through social media. “France is so touched that everyone manages their life!” she says. Same story with Jean-Baptiste, installed in Sweden: “The family in France does not play a particular role, because their situation is even more difficult.” In the current context, a fortiori in expatriation, you have to rely on your own resources.

For parents of school children, the central issue is that of the organization of educational continuity, which has been implemented in many countries. For some already used to digital tools and distance education, the shock was not too severe. For Aurore, who has lived in the Netherlands for six years with her husband and two sons, 15 and 17 years old, it’s almost “Business as usual”. She tells :

Both like this way of working even if they don’t play the same way. Classes start at 9 am with their videoconferencing teachers and end around 3 pm, with breaks on Wednesdays and weekends. Homework is due, and they take online tests. Everything is, as always in this establishment, very well organized and thought out.

The youngest is diligent, as in normal times, and the taller does the minimum, exactly as usual, he even makes work late, which has earned us emails from the teachers … ”

In Abu Dhabi, Soufiane also lives things well, even if her daughters of 4 and 3 years old, both of whom attend kindergarten at the French lycée Théodore-Monod, were not used to distance education. “There is a program, which we follow, with activities that keep the children occupied. That said, the fact that they are no longer in direct contact with their friends and the school environment means that girls get bored pretty quickly ”, explains this teacher-researcher who himself gives online courses for a local public university.

Everywhere, there is a start-up time …

Virginie lives with her three children. She explains that she put “Ten days to pick up the pace”. This has helped to make children more independent, both academically and more generally:

Our 7-year-old daughter is now almost self-sufficient for all of her work, and that has enabled her to learn how to use a computer, which we have made available to her. Our daughter in the large kindergarten section also has things to do, especially the rituals so that she is not lost. […] We made them very responsible for helping them at home, without putting too much pressure on them either, and it works! What a pleasure to see the elder helping the little one in her work or preparing the bottle for our 18 month old son! At first it was complicated, and I tended to get upset. Now I calm down. And what a pleasure to play with the children and to have a cooler rhythm in the morning (yes, normally wake up at 6 am for the children and go to school at 7 O’clock)! ”

For Élise, mother of two children aged 6 and 4 (in CP and in a small kindergarten section) residing in Reggio Emilia in Emilia-Romagna, things took a little time to come into being. The family lives in one of the first confined areas in Italy and the children have been out of school since February 24.

For my daughter at CP, the school quickly organized the online courses. It is not easy to get into the bath because children are very young and cannot use the computer alone. So the parents are there for each lesson, which complicates things because the lessons are noisy, the parents being on the phone, suggesting the answers to the children, etc. Because yes, school is done online and live with the teachers. But within a month the situation had normalized. For my son in kindergarten, the teachers send audio messages with stories from time to time or ask them to draw pictures. ”

The key to ensuring that the youngest do not experience confinement too badly is to deviate (a little) from the usual rules. Nathalie, who lives in Mexico, enjoys it: “We tried to establish a routine, it lasted two weeks! Now we feel it and we offer different games to our 3 year old daughter… Time is long and we feel even more isolated as expatriates. ”

Virginie tries to liven up everyday life with special meals and organized a picnic in the house to entertain her children. But the situation is far from being idyllic:

By cons … not really the time to find creative activities for children. (How do influencers do on Instagram !?) The only quiet moment is when the kids take a nap (big chance the three are still sleeping in the afternoon!), So I sleep like a mass. ”

In Italy, Élise “Don’t hide the fact that family balances are difficult to maintain” in this type of circumstances.

Distance and separation exacerbated by expatriation

In Qatar, Johanne, divorced, quickly alone with her two daughters, whose father returned to France. Children, who are 6 and 4 years old, “Have not seen their dad since January, the absence is beginning to weigh, and we are worried about the risk of not being able to go to France this summer”. Single mother and expatriate, Johanne wishes to emphasize:

Confinement with children is difficult because, besides the fact that we avoid going out as much as possible (to go where?), I cannot pass the hand to anyone, being alone. It is now that expatriation, which I have been living since 2002, that I have fully chosen, wanted, is starting to be a problem. I miss my mother, my family, I want to be closer to them. The news that the daughter of a cousin, 14, was hospitalized in intensive care was a blow. Do I have the right to deprive my children of this family in these hard times? ”

Conversely, for other families, the time of confinement is precious time during which to find oneself. Aurore, for example, explains that at the start of confinement she was able to spend two weeks at home, “What never happens to us, she says. Besides, I’m leaving this Sunday because I work in France as a doctor. The containment was not painful for us because we knew we were going to be separated without knowing when I could return. ”

Launched in April 2016 and intended for French expatriates and expatriation candidates, Courrier Expat offers information drawn from the international press on the professional and personal environment of French people abroad, on the

Share
Facebook
Twitter
Pinterest
WhatsApp
Previous article“La Petite Dorrit” or the cause of the humble
Next articleParis, London, Berlin: Pay attention to the city’s furniture
Save 60.0% on select products from SAMMIX with promo code 6018YMV7, through 4/25 while supplies last.