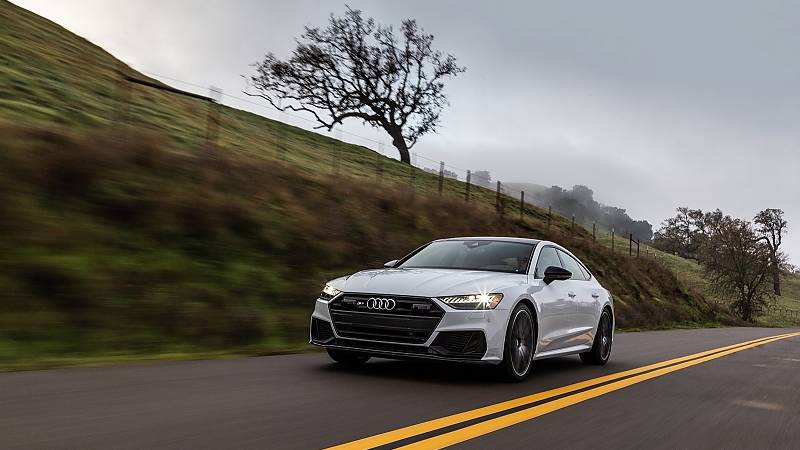 The probably perfect drive choice of a current Audi A4 is the S4. It is powered by a beefy three-liter common rail diesel, which not only delivers 255 kW / 347 hp, but also 700 Nm and offers economical consumption even at fast motorway speeds. If you look around in the engine portfolio of A5, A6, A7 or the Q7 models Q7 and Q8, you will hardly see it differently. The S models offer the perfect mix of drive, performance, consumption and everyday benefits. In Europe, the Audi S models are powered solely by diesel engines, apart from the 578 hp S8.

So far, most of the S models in Europe were petrol engines and only the very popular SQ5 and SQ7 power SUVs were under the hood with powerful diesel engines. Audi took a courageous path when it was years ago that the diesel crisis had reached the back of its fans’ heads enough. And you knew about your own engine competence and the strength of your power diesel, whose combination of sportiness and efficiency is hard to beat by a gasoline engine. Things are a little different in the USA, because the German car manufacturers have not yet touched the topic of diesel again. Although the diesel scandal in the USA has almost completely disappeared from the minds of potential customers, brands such as Volkswagen, Audi, Mercedes or BMW are currently not offering diesel. The American competition is taking a different path, at least with the large pick-ups, and is increasingly coming to General Motors, Nissan or Ford from the diesel taste of economical consumption, gigantic ranges and beefy torques. The situation is similar for Land Rover and Mazda, which now offer their large SUVs with diesel drives again.

But now there are one or two fans of an Audi S model who would like to drive a gasoline engine. Ideal for the 2.9 liter turbo engine that drives models such as the Audi S6 / S7, produces an impressive 326 kW / 444 hp and a maximum torque of 600 Nm. Consumption savings of more than 20 percent and an emphatically beefy V6 sound should ensure that fans of the sporty family models do not miss the V8 engines of their predecessors too much. Four-wheel drive and a top speed of 250 km / h are identical to the European diesel brothers. The Audi S6 accelerates from a standing start to 100 km / h in around 4.5 seconds.

As with its European sister models, the engine is largely deprived of its starting weakness or turbo lag because a small electric motor acts as a compressor. With a maximum speed of a gigantic 70,000 rpm, it ensures that the Audi S6 / S7 is ready to take off at low speeds by building up the boost pressure in the turbocharger faster than usual. This is made possible by a 48-volt electrical system, which is coupled to a 9.6 Ah lithium-ion battery in the rear of the vehicle. From there, the battery pack delivers the energy of the electric motor to accelerate the turbine, which is located downstream of the turbocharger. The various components add ten kilograms more weight to the vehicle, but they reduce the response time when the vehicle starts up to less than 250 milliseconds.

Unfortunately, so much sportiness also has its price in the USA. The Audi S6 starts with a very good equipment at $ 73,900, while you have to pay $ 10,000 more for the identically motorized Audi S7. And who knows – maybe the S models with petrol will find their way to Europe in time. For everyone who doesn’t want diesel at all.

Share
Facebook
Twitter
Pinterest
WhatsApp
Previous articleGipuzkoa delays the start of TicketBai by one year
Next articleCoronavirus: Sports update on Wednesday – an overview of the most important developments
Save 60.0% on select products from SAMMIX with promo code 6018YMV7, through 4/25 while supplies last.